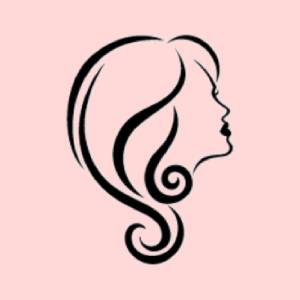 Dressing up is art. The better dressed you are, the more you are recognized and validated among many others. Women are made fun of and teased for taking a long time to dressing up themselves. The most important reason women take a long time to dress up would undeniably be that they are trying to do their hair.

For women doing hair takes a considerably longer time. Fixing up hairstyles is no easy task. It depends on the hair texture of the day, whether you have oiled your hair,

15 Most Popular Hairstyles for Women

This is the most common cut that many women prefer to do. In this cut, the front of the crown part of the hair is cut out as per the preference length. These fringes are let loose on the sides. They lay across the face from head to the cheeks or less than that as per the preference. These

can be styled up with high tail ponies, free hair and much more.

Straight cut in which the end of the hair is cut off evenly. This hairstyle is suitable for people with long and straight hair. They also work well with frizzy hair types. A straight hair cut is the best cut for those who want to remove split ends as well. This cut can go well with the hair braids, and can also be let loose as well.

U-cut is a basic haircut in which the hair’s density is tampered down at the end with a U-shape. In this hairstyle, the middle part of the hair is longer than the side parts. A U-shaped haircut goes well with the curly and straight hair types. A U-cut hair can be held up high in a pony, or put up with a simple clutch.

Feather cut is a multiple layer cut. This hair cut is aimed towards cutting the hair in layers which looks like the ends of the feather. Feather cuts will make your hair look greater in density. In feather cut, you can let loose your hair or can also tie it up in a clutch.

Braids or plaits are the most common hairstyle. It is just a complex entanglement of hair in a structure. The hair is partitioned and knotted together with a band. There are different kinds of braids like fishtail braid, french braids, lace braid, rope braid and much more. Braid is a very comfortable hairstyle to wear as the hair is tied up and let loose down as well.

Vintage curl is an old hairstyle that continued to stroll around for a long time. You can see many celebrities and icons flaunting vintage curls. It is basically hair lying down straight till the shoulders and curled from the mid portions till the end.

This is a general kid’s hair cut. Nevertheless, many women do it, as well. A bob cut differs between short to medium length. It is generally cut straight at around the head and let loose till the jaw level. A bob cut has a fringe typically at the front.

Diana cut is the most popular cut that Lady Diana, the princess of England, had. This hair cut she had which is also popularly known as the Lady Diana cut continued to trend throughout the 80s and the 90s. It is a short haircut with large voluminous on the crown part of the hair with few layers like fringes laying across the face. Like Lady Diana, even the lady Diana haircut continued to thrive with great popularity among the large mass of people.

Have you noticed women tying up their hair high up when they want to get some work done? Well, nothing can beat the comfort of wearing a messy high bun. It is just an entanglement of all your hair up in a knot with a band. A high bun can match any costume and any event. Hair braided and put up high in a high bun can look classy and give a smart look for celebration looks.

90s chop is a general short hair cut in which a straight partition between the hair is taken, and the ends are cut off at the shoulder-length or less than that. It was trending in the 90s and still continues to take a stroll around.

A fade hair cut is where the hair is cut and trim on the side and let loose to grow in the middle part. In this hair cut, the hair is cut off very short in the areas near necklines and ears.

Tampered hair cut looks more or less similar to the military cut. The hair is cut close to the head at few parts and let loose to grow at certain ends. The loose let ends are not apparent as in the case of a fade cut and are much appropriate hair cut compared to the fade-in terms of professionalism.

The quote’ messy hair don’t care’, goes well along with this hairstyle. In this,, the hair is cut into many layers. These layers are feathered at the top and on the sides. This is more of a unisex haircut where many prefer to do because it is comfortable and looks appealing as well.

Half down bun is a hairstyle in which the few strands of hair are tied up in a semi bun, and the rest of the hair is let loose. This is a very modish hairstyle and will look good on any outfits.

The freestyle hair cut is styling the hair in any style. It can be either be a tampered cut, straight cut with bangs or anything for that matter. Adding a few colours to your hair is fun.

A freestyle haircut with hair colouring will always be of trend and won’t fail to look chic on any women.

Make use of the above to style your hair in the best way possible. Which hairstyle are you planning to try?